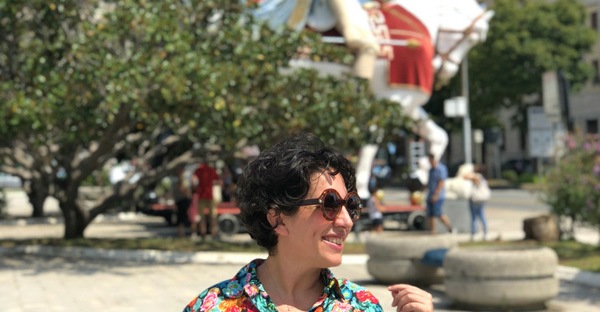 A few weeks ago, while walking down the streets of Messina I stopped by the two big statues of the giants Mata and Grifone riding their horses.

The two huge statues are exposed in the central square of Messina (Piazza Unione Europea) in front of the City Hall a couple of weeks a year, usually after mid-August (after parading for a couple of days) until the end of the month, to allow tourists and citizens to take pictures of them and to celebrate the legendary founders of the city.

I have always loved their legend since I was a child because it was the celebration of an interracial and interreligious couple! They still represent to my eyes the symbol of an open town, open to migrants, strangers and whoever approaches our sea. Unfortunately this is not how the things are going lately in my town and in my country in general, that’s why I wanted to remember this story and to tell it to the world: to remind that we all come from “mixed” ancestors, we have no idea of what type of blood runs into our veins, and we should be proud of it.

The legend says indeed that people from Messina come from this mixed couple: her name was Marta, she was from Camaro, one of the area of the city, beautiful and tall girl, daughter of a local landlord falling in love with a dark skin big pirate during the Saracen invasions of Sicily around 970 AD. The pirate was called Hassas Ibn-Hammar but he had to change his name and religion (he was of course Muslim) to marry Marta. His name then became Grifo (exaggerated to Grifone due to his size) while her name was changed in dialect to Mata. They founded then Messina by populating it with a lot of descendants!

This post and pictures are my tribute to them, to my legendary ancestors representing peace and connection between different cultures, races and religions. This is how proud I am to be from Messina.

For my yearly tribute I wore a vintage floral shirt from Humana Vintage Milano, Topshop denim shorts and Japanese white flats. Ghanaian bolga bag is from Sankofa Beads and Baskets on Etsy, while round sunglasses are from Valentino.

2 thoughts on “The Ladybug is a storyteller: the legend of the giants Mata and Grifone” 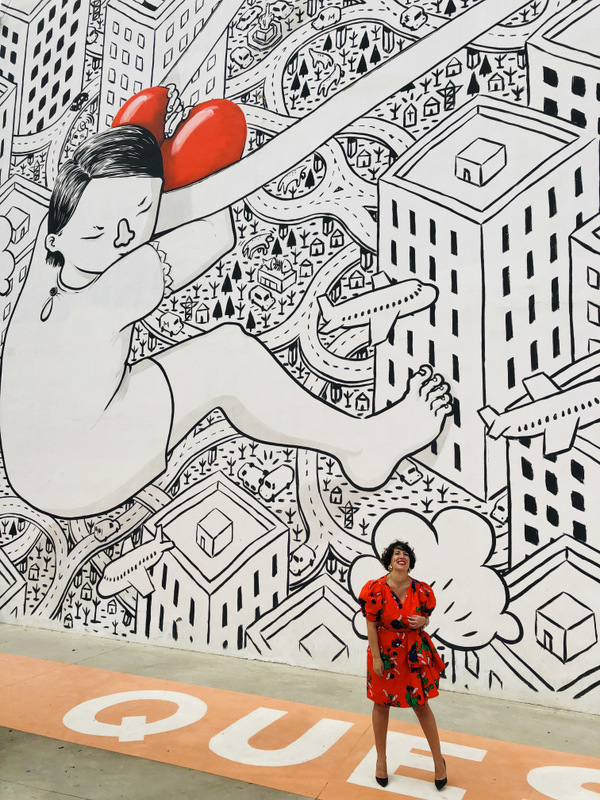