If there is a country where I would move immediately it is definitely Senegal. I am madly in love with the culture, the people, the traditions, the rhythms, the colors, the language, the dances…everything about this country truly passionate me at the point that I believe I must have some Senegalese blood in my veins, at that point I feel at home there!

If you are an “Africa beginner” I strongly suggest to approach Africa from this country as it is very modern while keeping strong traditions and because it is famous for its “Teranga”, as their hospitality is known all over the world. You will never feel alone there, there will always be someone to talk to and to help you with the kindness and smile that you will never find anywhere else!

This was my second time there and while the first time I mostly stayed in Dakar and its surroundings, this time I had a bit more time to discover part of the country.

I booked my flight way in advance as usual, there are direct flights from Milan at affordable prices and I got the chance to get a very cheap ticket also considering that I was there in November when it is less hot and flights are generally less expensive. Autumn and winter are very good seasons to travel to Senegal as the summer heat can be very hard to bear sometimes (my first trip was in August and I absolutely preferred this trip weather-wise!). I organized most of my trip from here thanks to my family and friends in Senegal who helped to find a local guide (Momo, who turned out to be the best guide I could have ever found in Senegal, if you need his contact, just drop me an email) and we organized the itinerary from here. He booked the car, the hostels and everything we needed in advance. So no bad surprises, only good ones! Yes, because for example during our long hours in the car our fantastic driver had great ideas to visit places that were not in our itinerary but that we loved so much!

I arrived in Dakar from Milan late at night and I had a taxi to Mbour, on the southern coast not far from Dakar where my guide was waiting for me. I was so excited that there was no way for me to sleep even if it was almost 2 o’clock so we headed to a bar near the beach to listen to live mbalax music while sipping a bissap and eating my first of a long series of Senegalese dishes!

Even if it was impossible to sleep for the excitement of being there again after so long, I got up very early in the morning to explore the “Petite Côte”: we rented a typical Senegalese pirogue to discover the Saloum Delta and its amazing mangrove spending the morning there, visiting the small islands of the Delta on a cart sipping café Touba and enjoying the company of the people from the villages.

After a quick lunch (always delicious, you cannot go wrong with food here!) we headed to see the famous baobab in Senegal, the sacred one, because the griots were buried within this tree. Griots have never worked the soil and, as a result, cannot be buried in the ground. It is said that if a griot should be ever buried in the land, a terrible drought will develop. I had the chance to get inside and feel the power of this tree that is always considered sacred in Senegal.

We then headed to Joal Fadiouth, also known as the Shell Island as it entirely lies on shells. The atmosphere there is so peaceful and walking on shells is such an experience! Joal Fadiouth is a Christian and Muslim village, which mixed cemetery made of shells under the shadow of amazing baobab trees is a real place of peace and symbol of religious respect. The main religion in Senegal is Islam but there is also a big Christian community: they live in peace since ever and they respect each other in a way that I have never seen before, a real example for the world!

When back in Joal we had the chance to visit Léopold Sédar Senghor house: the place where this amazing Senegalese poet and politician lived is a real museum now. He was the father, with Aimé Césaire, of the Negritude movement and first African member of the Académie Française. His fight for Africa and Senegal will never be forgotten as well as his powerful poetry (one of his most famous poem was dedicated to Joal indeed, “Joal! Je me rappelle”).

We ended our first incredible day at the sunset on the beach of Mbour to watch the fishermen back from their fishing day bringing the fish to the market. The sunset here, like in Kayar, when the fishermen are back is such an incredible experience: the colors of the many Senegalese pirogues, the crowds around them, the beautiful beach at the sunset are really a not-to-miss experience in Senegal.

We ended the day at the market of Mbour playing djembe with my “griot”, who has one of the most important roles in passing on history and traditions, especially the oral ones.

Freshly braided I spent the next day relaxing on the wonderful beach of Saly, still on the Petite Côte, while drinking ataya (traditional Senegalese tea), bouye (made from baobab fruit) and eating fresh fish wonderfully prepared by Daouda, owner of La Paillote de Daouda on the beach of Saly. It was such a relaxing day, chatting and discovering while admiring also one of the best African sunsets ever.

After such a relaxing day it was time to leave to Petite Côte to start a very intense trip through part of the country.

We left very early the morning later, to reach Touba, the sacred city before lunch time. I missed this experience the first time and I really wanted to visit the Sacred Mosquee of Touba, considered the most important in Senegal. It is the holy city of Mouridism and the burial place of its founder, Shaikh Ahmadou Bamba Mbacke. At the heart of the Mouride holy city lies its Great Mosque, purported to be one of the largest in Africa. Since its completion in 1963 it has been continuously enlarged and embellished. The atmosphere here is really peaceful and I was very happy to find something that I was really dreaming of: a blessed muslim tasbeeh. It happened exactly how I imagined it, even better, in full respect of the religious tradition. The Mosquee is partially open to visit and you will find a nice guide at the entrance to tell you the story and try to explain part of the magic of this place (because the rest of it you just need to feel it).

From there we headed directly up North to reach the beautiful city of Saint Louis, another dream of mine! We rented a small house on the beach for two days there and as we arrived early enough we immediately visit the center of the city on board of a traditional cart. Saint Louis is a very open and blossoming city with a great artistic life. It is known for the Jazz Festival but also for one of the most interesting Photography Museums. It is also called the mixed city (ville métisse) because since the colonization many Europeans live here and the mixed community is very large. Although during the colonial years it was known as a center of slave trait, the colonial buildings and the wonderful colors make it one of the most attractive cities of Senegal. I strongly suggest a visit because you will find here colonial and traditional treasures that will really have you floored!

The next day we decided to reach one of the most amazing natural areas of Senegal: The Langue de Barbarie (French for “Barbary spit of land”, named after the Barbary Coast) is a thin, sandy peninsula between the ocean and the final section of the Senegal River. The National Park covers an area of 2,000 hectares and it is home to an abundant variety of bird species and three species of turtle. You can see them from a typical pirogue and then enjoy a beautiful walk of the wonderful beach.

We enjoyed a real “ndar” lunch before hitting back the road towards the South, in particular to spend a night in the desert, in a Lompoul camp. On the way south we had a very interesting lunch stop on the beach of Lompoul: we enjoyed an amazing yassa poisson before heading to our camp. Lompoul is very famous for its small desert not far from Dakar, where it is possible to spend the night in a Mauritanian camp. We arrived there early enough to enjoy a dromedary walk in the desert and to enjoy one of the best sunsets ever. After the sunset, we ate an amazing dinner and we enjoyed a beautiful night around the fire listening to the rhythm of Africa’s heart: the sound of djembe and sabar. That night was very important for me and for my life. I felt at what point I wanted to dance sabar. I’ve always thought it was too difficult for me and I’ve never started it before. But that night I felt that it was necessary for me, it was my sabar call. I don’t think that it was a coincidence but I found the way a few months later, without even looking for it. It was just meant to be and today I can say that it was the best decision I’ve ever taken as it totally changed my life.

The Mauritanian tents are very modern and comfortable, compared to the Bedouin ones they are open and it can be a bit chilly and windy at night! Nevertheless, it was such an experience that I loved!

After a good breakfast in the desert, we continued our way back to Dakar. With a few interesting stops proposed by our amazing driver, Moussa. First we stopped at Ngaye Mekhé , very famous for the handcrafted shoes. This small town is full of little shoe makers’ shops and I finally found a pair of amazing yellow leather slippers, Senegalese style (very proud of them!). Then we stopped at Tivouane, the best place to buy the typical handcrafted baskets in many shapes and dimensions at the small market of women full of baskets to die-for!

After a few hours we arrived at Rufisque, not far from Dakar, near the last stop of our tour before spending a few days in Dakar. Before heading to Lake Retba (Lac Rose = Pink Lake) we stopped there for a Jeep tour on the sandy beach and for a yassa poisson. We arrived on the Lake just after lunch and it was an amazing surprise for me because this time it was really pink! The first time that I was there I had a pirogue tour of the lake but I couldn’t see its pink color.

Its pink waters are caused by a specific algae that produces a red pigment to assist in absorbing light and is known for its high salt content. The color is particularly visible during the dry season (from November to June) and is less visible during the rainy season (July to October), which explains why I couldn’t see it the first time. This beautiful landscape really amazed me, also because I still had a beautiful memory of this place from my past visit.

This was the last stop before heading that same afternoon to Dakar. But my lovely Dakar needs a specific blog post that you can read soon! 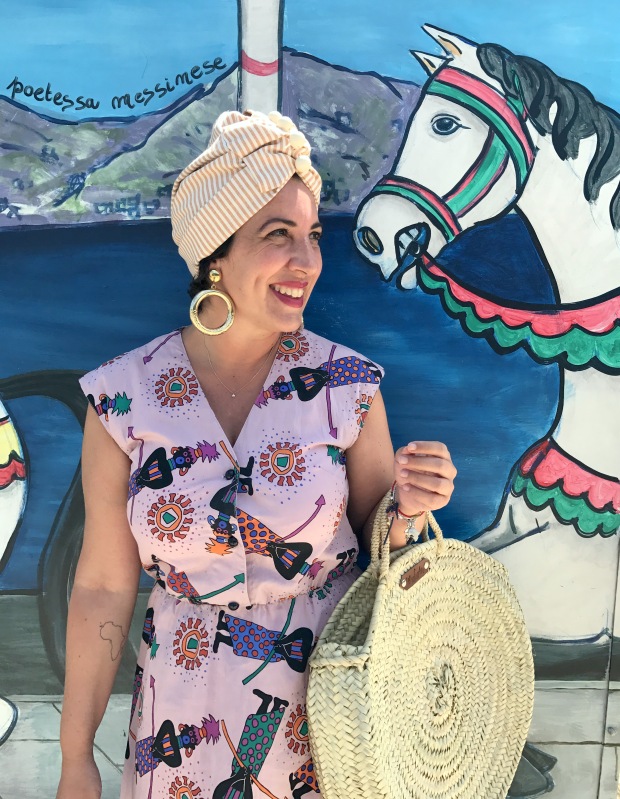 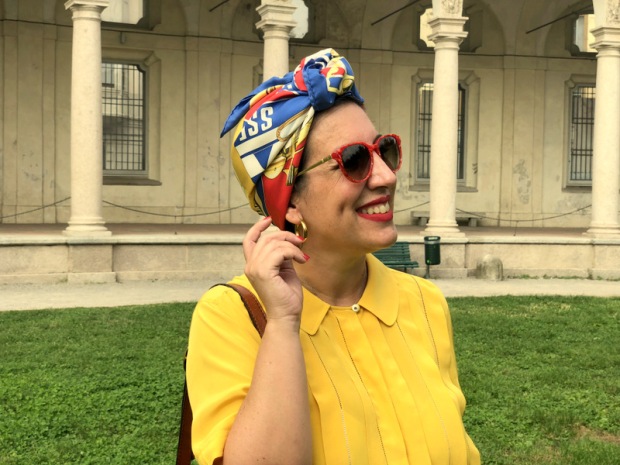 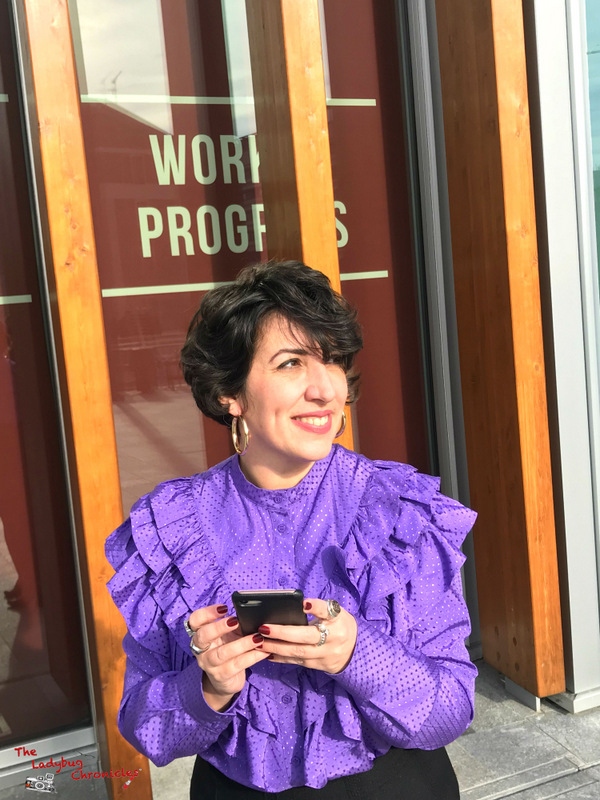